Board of Trustees, Area One 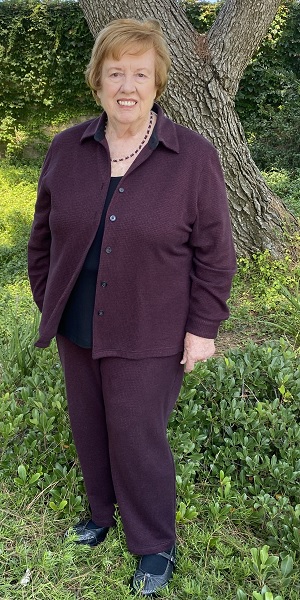 After attending El Camino Community College, I received my BA in Speech and English, along with a Lifetime Teaching Credential (K-14) from UCLA, and my MA in Speech from CSU Northridge.  I was an Irvine public-school teacher, before becoming a professor at Cerritos College and Mt. San Antonio College.

At Mount San Antonio College, I served as Communication Department Chair, Director of the Honors Program, and Director of Forensics.  I also coached the national community college championship team, and served as an advisor for Phi Theta Kappa, the international academic honorary society for two-year colleges.  I was honored to be named, “2008 Teacher of the Year” by Mt. San Antonio College.

My husband and I have lived in Irvine for more than 30 years.  Our daughter, son-in-law and two grandchildren also reside in Irvine.

As the former President of the California Community College Association, I understand the critical role that community colleges play.  They offer students mobility to an improved quality of life that is accessible in their own backyards.  These community focused institutions bring quality faculty members, diverse subject matter, small class sizes, and affordable prices to the students in their home area.

Community colleges generate increased earnings to the overall economy and provide a pipeline of qualified talent to meet the needs of our local workforce.

If elected, I will use my experience as an educator and my leadership skills to make sure that Irvine Valley College, Saddleback College, and ATEP have the resources they need to remain affordable and accessible to everyone.

I have known Carolyn Inmon for many years and can think of no one more qualified to serve as a Trustee for the South Orange County Community College Board. She truly cares about our Community College students and has the knowledge and experience to shape a sustainable future for the district.

Carolyn Inmon is a true leader who is dedicated to public service. Her life has been devoted to teaching, coaching and giving back to our community in so many ways. I know she will be an asset to the South Orange County Community College District Board and am proud to endorse her race.

Carolyn Inmon has had a passion for public education throughout her life. Her background as an educator and a community leader will give her the necessary skills and perspective to have a positive impact on the South Orange County Community College District Board.

Carolyn is exactly who we need as a Community College Trustee!  She is a lifelong teacher, having taught many years in our community colleges.  She is passionately committed to the quality education they deliver.  She is a skilled communicator who has been a strong education advocate in Sacramento, fighting to make sure that our community colleges here in Orange County get their fair share of State funding.  I am proud to endorse Carolyn!